No reviews
2 sold in last 8 hours
Swordsfall
WLCMTTKR-PHYSICAL-1
Many in stock
Lore Book
$29.99
Pre-Order Now! Release in Fall 2021 Includes a preview of Chapter 0 and Chapter 1 now! A Journey into an Afropunk Sci-Fantasy Universe Welcome to Tikor will be a full color, hardcover book that highlights the world of Tikor, the planet the story of Swordsfall takes place on. With this...

Includes a preview of Chapter 0 and Chapter 1 now! 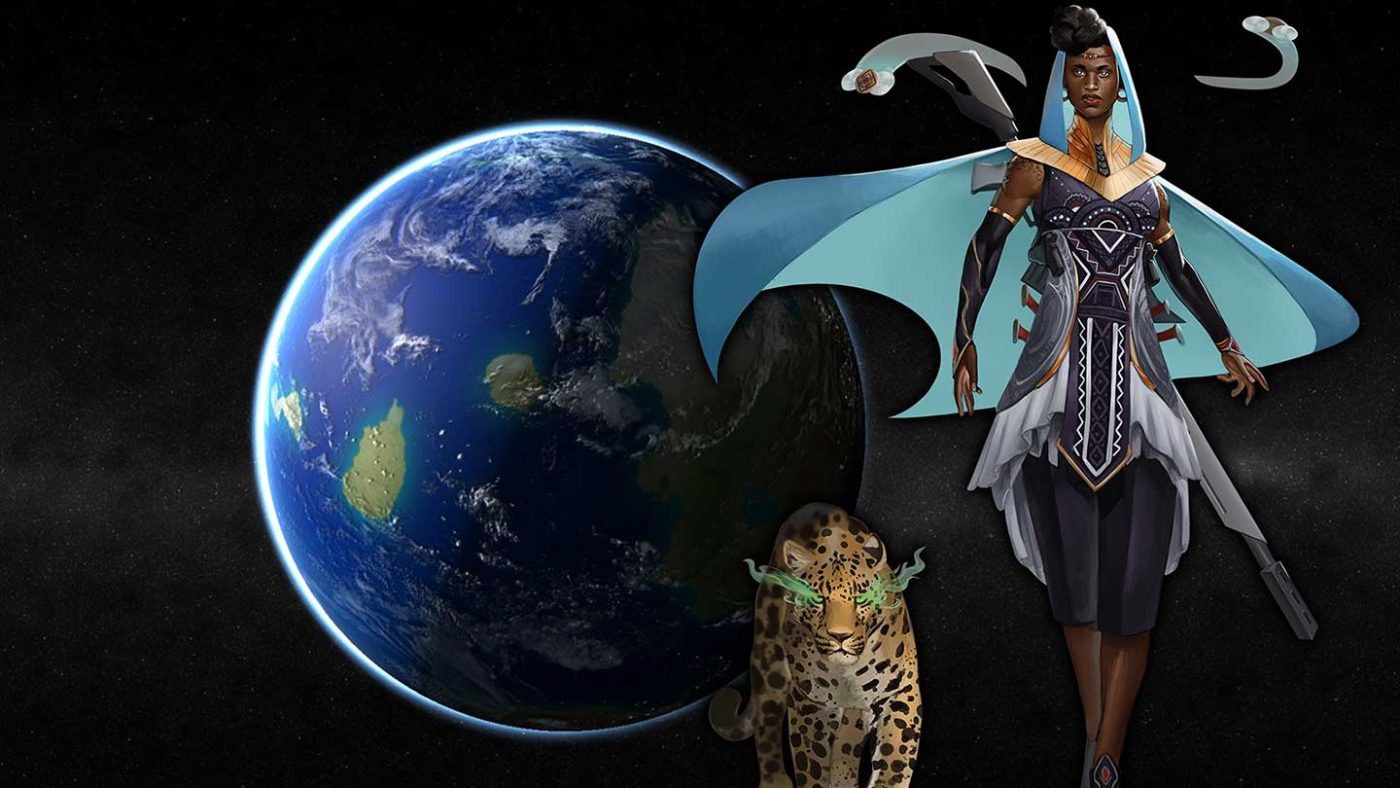 A Journey into an Afropunk Sci-Fantasy Universe

Welcome to Tikor will be a full color, hardcover book that highlights the world of Tikor, the planet the story of Swordsfall takes place on. With this being an art book, the quality and look of the book are of the most importance.

As for the book, the length will be around 150 pages, though it could be longer depending on the amount of money raised. The max page count will be around 200 pages no matter what.

The Setting and Art Book will be a combination of Tumo Mere's art, and Brandon Dixon's lore. Each piece of detailed full-color art will be accompanied by information about the person, place, or thing it depicts For those only interested in the art, this lore will help bring the art to life and give it meaning. The kind of book you can sit down and just read.

However, for those interested in the setting for their own games of the future Swordsfall RPG, then this serves as your window to the Afropunk setting. Throughout the pages, you will find a living world that easily makes the backdrop the right Tabletop System. However, this Setting and Artbook contains NO RULES. Just pure, sweet narrative world-building and fantastic art.

In the beginning... Tikor is a world where deities and spirits are as real as the nature that surrounds us. Since the earliest writings of mankind, the gods have been there alongside humanity. They are a vital part of the makeup of human societies across the globe. In a way, this is to be expected. Humans were in fact created by the gods. Various great deities created cultures of their design and ethos. As time marched forward, these various cultures and groups co-existed. Sometimes contentiously, sometimes harmoniously, but always striving to co-exist.

History, however, would change its course in a single tragic day and the horrific night that followed. Mime, the Garuda deity of Wisdom, is assassinated at the hands of an alleged Vinyatian assassin. Mortal hands had never before slain a deity. As tensions between the rival nations of Garuda and Vinyata soared under a long Tikor night, a bloody battle erupted between the two sides. A truce was called once the truth of the news surrounding the assassination was called into question, but not before irreversible damage to both sides was done.

Despite the armistice between bitter enemies, the wounds of that day will forever linger. The world heaves as the one constant, the gods themselves, waver. A new struggle begins…

As the world still recovers, ten years after the bloody events that ended the Era, its fallout begins to appear. Rumors around the world tell of the arrival of a new kind of weapon. Instruments capable of killing gods, Grim Arms. Could this be related to the unsolved assassination of Mime?

In Garuda, a power struggle is in full effect as the current ruler of The Divine Order of the Phoenix, Amma Zencora, vies to hold onto his ill-gotten throne. How far will the ruler go to defend the throne he so desperately wants to keep?

Vinyata is adjusting to a world with one less major city and cultural hub. The Eastern Node was destroyed during the bloody war at the End of the Era. An unpleasant surprise emerges as the survivors rebuild and a rash of malevolent spirits now roam the region. The souls of those lost 10 years ago are still attached to the mortal plane, hungry for vengeance and retribution.

Hawklore's neutrality during The Longest Night has finally paid dividends. The God-King, Hawken, basks in the increasing wealth of his nation. On the outside, it seems like a rich paradise where any want can be attained. Yet below the surface, in the dingy streets of the capital city of High Perch, dissent stirs.

Rumors abound that the desolate stretch of land known as the Ebon Cascade has become home to a new form of horror. Something cunning that is uniting the monstrous beings that inhabit the region. Whispers say a Raksha is on Tikor, hiding away and building an army. None want to believe the horrifying rumor, and none dare to confirm it.

In the boundless waters of The Grand Divide, new forces arise as the largest pirate fleet of them all, Heaven's Fall, begins to marshal. With the cold genius of Nubia leading them, her power has begun to make those on land to take notice. The law of the sea changes as rumors of an alliance between her and the tech genius, Ken Musa begin to circulate.

In all corners of the world, events are in motion.